This website requires javascript. Please enable it or visit HappyBrowser to find a modern browser. 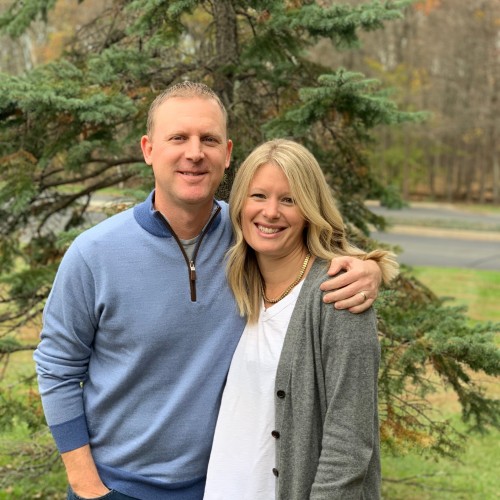 Ashley and Dan began operating KE Camps in 2010 and since then, have grown the company to over 200 country club day camps nationwide. Camp has been a lifelong passion for both Ashley and Dan so it is only fitting that it is what brought them together. They met at the Tri-State Camp Conference and have been “camping” together ever since.

A true camper at heart, Ashley began attending summer camp at the age of three. She later worked her way through the ranks at her childhood resident camp, progressing from Camper to Counselor to Group Leader to Assistant Head Counselor. Ashley received her B.A. in Public Policy from Duke University. After spending a year as a Director at a NYC Education Center, Ashley decided it was time to bring camp into her everyday life and thus, pursued a full-time position as the Director of Communications and Projects at a premier all-girls resident camp in New Hampshire. After three wonderful years there, she moved on to her current passion, KE Camps. In addition to running KE Camps, Ashley has served as a volunteer for the American Camp Association as a Standards Visitor and Tri-State Program Committee Member.

Dan, a die-hard Minnesota Vikings fan, received his B.S. in Health and Physical Education from St. Cloud State University and went on to spend many years working with children in both school and summer camp settings. Dan worked as a teacher and athletic director at several public and private schools throughout the country. He also spent 10 years at summer camp where he held a variety of positions including Tennis Specialist, Soccer Director, Teenage Head Counselor and Group Leader. Prior to taking over KE Camps, Dan worked as the full-time Assistant Director at a premier coed sleep-away camp in the Pocono Mountains of Pennsylvania.

Ashley and Dan work year-round on building relationships with our clubs and planning for the most creative, fun and safe summer programming possible.  They oversee the Leadership Team of Camp Directors and handle all of the day-to-day behind the scenes aspects of operating camps.  Ashley and Dan have made it their mission to infuse traditional camp spirit into the country club camp atmosphere and look forward to passing on their love of camp to your family.

Ashley and Dan are proud parents to their son, Bradley, and twin daughters, Natalie and Scarlett.  Outside of camp, they can be found out on the golf course and tennis court, listening to Bruce Springsteen, exploring the Princeton area and hanging out with their beloved dog, Birdie! 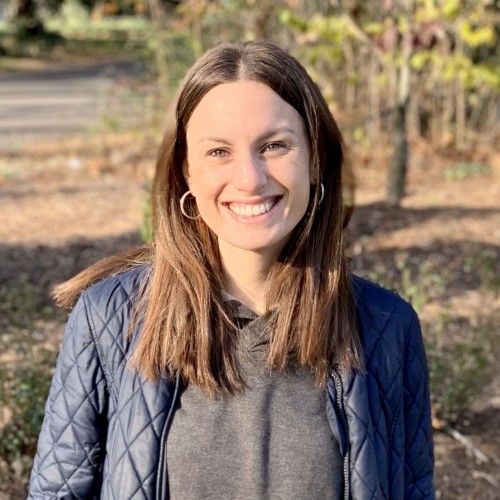 As Director of Club Relations, Hayley works closely with our country clubs throughout the year on the planning and execution of camp logistics, programming and marketing.  After spending several years working in the corporate event planning industry in New York City, Hayley - a lifelong camper and counselor herself - was thrilled to join the KE Camps team in 2011.

When she's not planning for camp, Hayley loves exploring the Princeton area with her husband, Ami (also a camp person!), her sons, Everett and Ryan, and their dog, Freddy.  Hayley can often be found playing tennis, enjoying the outdoors, and cooking. 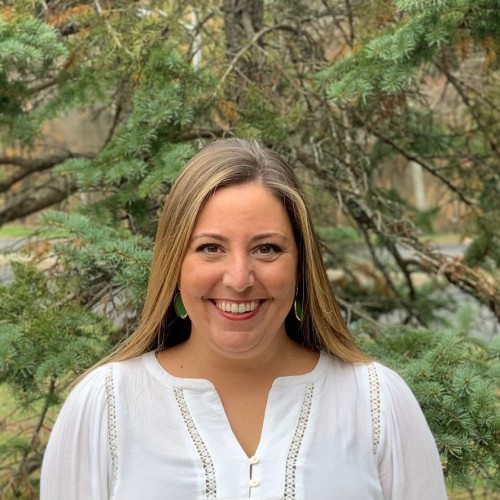 Nicole manages the daily operations of our year-round staff, as well as the recruitment, hiring and training of our seasonal team members. As someone who has grown up in the camp world, Nicole is thrilled to put her recruiting, organizational, and general camp and administrative experience to use.

In her free time, Nicole enjoys spending time with her husband, Nick, as well as attending sporting events of all sorts. Nicole loves to travel, especially to warm weather destinations, and is an avid supporter of the performing arts. 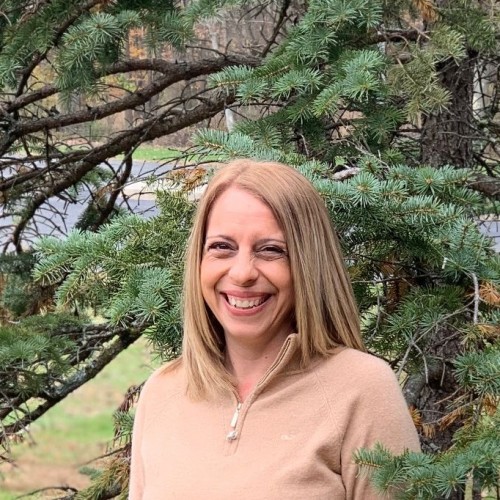 As Director of Staff Onboarding & Communications, Laura handles all human resource paperwork and certifications for our summer staff. In addition, she is also involved in staff and parent communications, along with a variety of administrative tasks. Prior to joining the full-time team in 2014, Laura served as the Director of one of our New Jersey camps!  As a former pre-k teacher, transitioning into the camp world was a perfect fit.

Outside of camp, Laura has her family to keep her busy. With her husband, Brett, they have two daughters, Christa (who lives in Washington DC) and Jules (a full-time college student), and two doggies, Chloe and Jack. When she's not visiting her daughters, you can find her in the kitchen trying new recipes and baking up all sorts of yummy treats, one of her favorite hobbies. 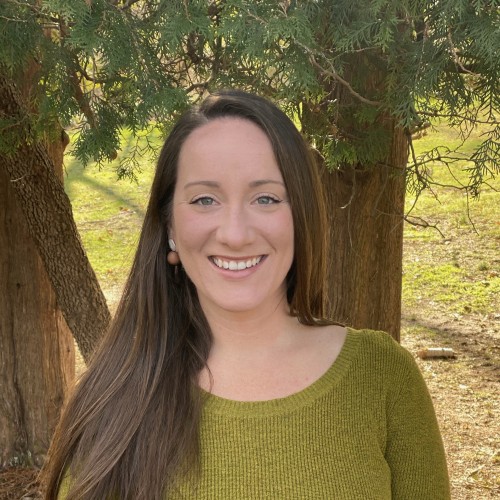 As our Camper & Family Enrollment Manager, Kass is available for all your camp questions year-round.  Her main goal is to make sure that your entire experience, from registration through your child's time at camp, is flawless and enjoyable.  Kass' background is in Environmental Education, and she has spent the past decade running STEM and nature camps in New Jersey and Pennsylvania.  She is excited to join the KE Camps family and help make sure your child has the best summer ever!

In her free time, Kass likes to hang out with her husband, Tim, their daughter, Magnolia, and their dog, Cooper.  She loves being outdoors whether it be while hiking with her dog or runnig trails.  She enjoys gardening in the spring and summer months, and if she's not outside, you can find her in the kitchen or binge-watching shows on Netflix! 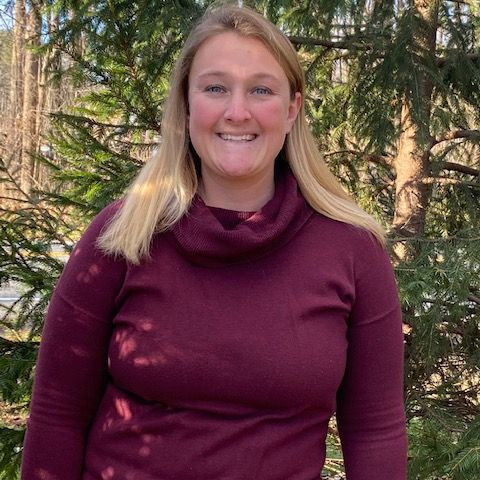 As Staff Recruitment & Experience Manager, Madeline plays an important role in our interview and hiring process, particularly for our Camp Directors. She also serves as a mentor to our camp directors, particularly at our larger camps, offering advice, support, and assistance, all with the goal of strengthening the camp program and overall camp experience.  Prior to joining the full-time team in 2013, Madeline served as camp director at one of our New York camps for 5 summers.  As a former teacher and previous camp director, Madeline enjoys sharing tips and tricks to make days at camp run smoothly.

Madeline is married to her college sweetheart, Tom, and she is a mom to three KE Campers, Thomas, Claire, and Wyatt.  Her children look forward to returning to camp each summer! She enjoys cooking new recipes, hiking, crafting with her kids, exercising, and thrift store shopping.  Madeline serves as her children's PTA secretary, class mom, and volunteers as a board member of a local preschool.  Madeline is also an Adirondack 46er; she has climbed all 46 mountains over 4,000 feet in the Adirondacks.

As Staff Recruitment & Experience Manager, Kristina focuses primarily on the onboarding of our Camp Counselors, and is an integral part of their hiring process, including recruitment, screening, and interviews. Kristina has been a part of the summer camp world for the past 13 years, and is excited to bring her experience in recruitment to the KE Camps setting.

In her free time, Kristina likes to travel to new destinations, attend concerts and sporting events, and enjoys spending time with her family and friends at the beach.  She also enjoys baking, painting, and watching Netflix. 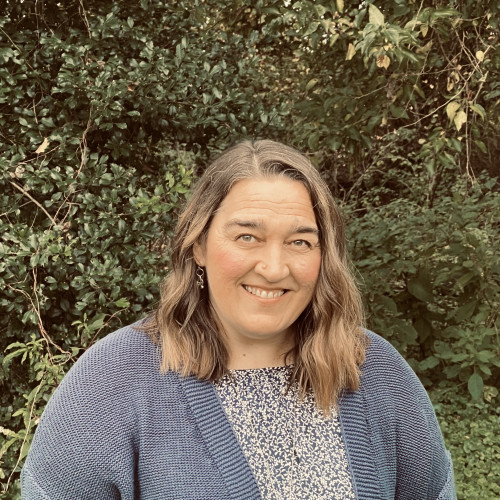 As Licensing Coordinator, Suzanne puts her keen attention to detail to good use.  With her vast experience reviewing state laws, rules, and regulations as a practicing attorney, she works with our clubs and directors to ensure all licensing requirements are met or surpassed.

While she and her husband, Tom, raised their three children, Melyssa, Tommy, and Andrew, who are all now twenty-somethings working and going to shool, Suzanne was always the community organizer.  She spearheaded multiple neighborhood events for the kids, ran countless school fundraisers, and brought people of all ages together to have fun.  Always willing to lend a hand, Suzanne currently serves as a Trustee for Brookdale Community College, delivers meals for the local Meals on Wheels program, and runs supply drives for the Blessing Bag Brigade.  She enjoys taking her beagle, Bella, for walks, playing Rummikub with friends, spending time with her family, and painting kindness rocks. 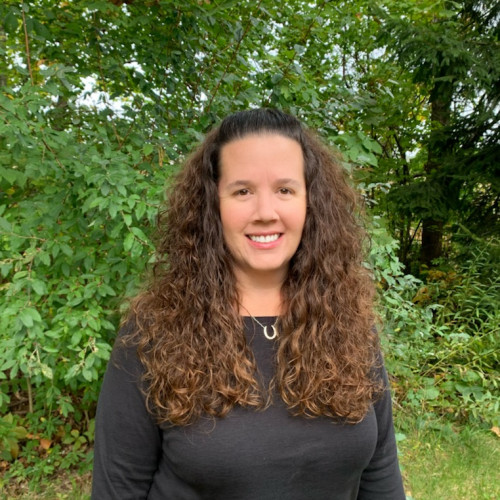 As Camper & Family Enrollment Coordinator, Heather handles customer service for campers and their families.  Heather has a background in education and she is excited to help our camp families have an amazing expreience.

In her free time, Heather can be found at the beach, relaxing on the sand and enjoying the waves.  She also enjoys wathing sunrises, listening to music, and spending time with her family, friends, and her dog, Hope.

As Staffing & Recruitment Coordinator, Sam plays an essential role in the hiring process of our seasonal team members. Sam was born into summer camp, and as the fourth generation in her family to pursue organized camping, she has been fascinated with every aspect of camp from a young age.  Sam has experienced camp at every level, from camper to counselor to administrator.  She has developed a true passion for creating unforgettable summer experiences and is very excited to continue this family tradition of camping as part of the KE Camps Team.

Sam has earned a BA in Communications/Public Relations.  In her free time, Sam enjoys horseback riding, cooking, traveling, and spending time with friends and family. 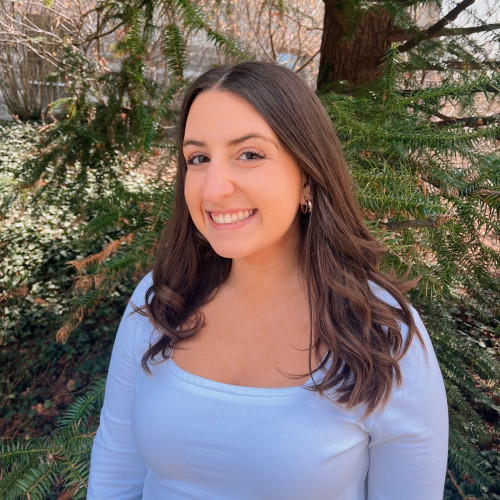 As Logistics & Marketing Coordinator, Jules plays an important role in developing marketing materials for our camps, as well as maintaining KE Camps’ social media presence. Jules is also involved in the behind-the-scenes logistical details with our clubs, ensuring that schedules and day-to-day operations run smoothly during the camp season. For the past three summers, Jules was a summer intern with KE Camps and is looking forward to joining the year-round team!

As a recent graduate of Villanova University with a BBA in Marketing and minors in Economics and Communications, Jules is a true Villanova Wildcat. She is always excited to watch college basketball, especially cheering on her team during March Madness. In her free time, Jules loves to spend time with her family, friends, and dogs, Jack and Rosie. You can also find her at the beach watching the sunrise or sunset, no matter what the time of year! 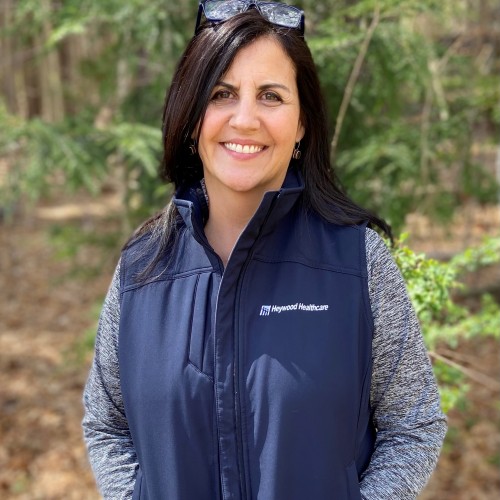 Dr. Tricia Murray is our Healthcare Consultant. In this role she supports the health and safety needs of campers and staff. Tricia collaborates with families and health care providers, and serves as a resource for our Camp Directors and Staff.

Tricia is an advanced practice nurse, with certification as a Family Nurse Practitioner. Her clinical background is in primary care, employee health, palliative care, and emergency and urgent care services. She holds a University faculty position as an Associate Professor and Program Director of a Family Nurse Practitioner program in Massachusetts. In 2019 she earned her Doctorate in Health Sciences with a concentration in Higher Education.

Tricia was introduced to camp nursing when her daughters attended summer camp 18 years ago and she has been involved in camp nursing ever since. She brings with her a unique view to the Healthcare Consultant role, having been the parent of a camper while working as a camp nurse. This background enhances her ability to work with our families and camp staff to ensure a safe and happy summer for all!

In her spare time, Tricia enjoys traveling with her husband Sean, daughters, Carly and Lauren, and spending time with friends and family.